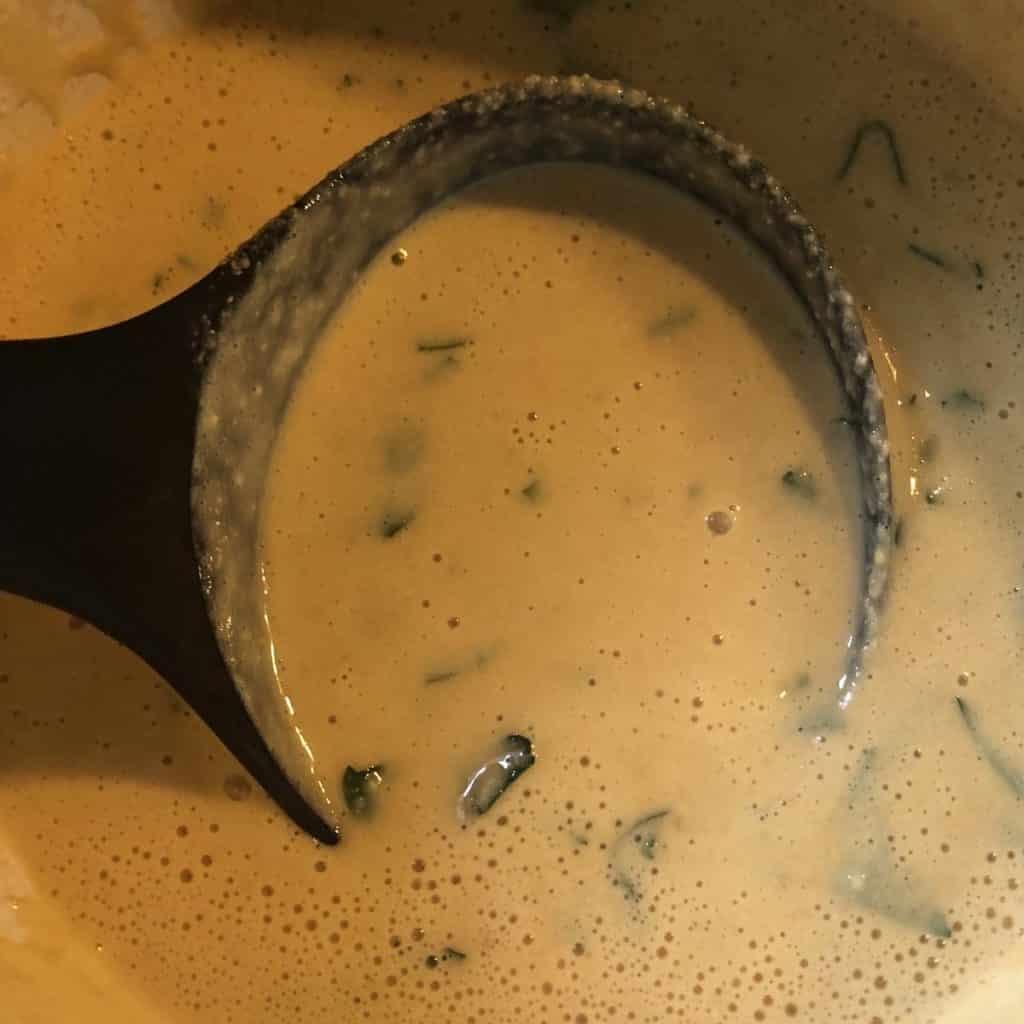 Here’s a dish that super simple to make, beautiful to look at and really tasty.

Socca is a speciality from Nice in France, but variations on it can also be found in Italy. It’s a sort of gluten-free pancake / crepe made without egg or milk.

Socca can be served with any sort of topping you want. For this recipe, I’ve chosen to accompany it with fresh veg from the garden, shiitake mushrooms, soya cream, tamarin powder and a selection of different types of pepper.

I decided to prepare the soccas in a pan rather than in the oven, although some people will think that’s sacrilege…

Whisk all the ingredients together in a bowl and allow to rest for an hour. Before cooking, be sure to mix everything together again well.

I would advise you to start cooking the soccas once the topping is ready, so that everything can be served piping hot.

Take a pancake pan or non-stick pan and lightly oil it with some kitchen paper dipped in olive oil. When the pan is hot, pour in the equivalent of a medium-sized pancake. Let it cook on a high heat for 20 seconds before turning it over and cooking the other side for another 20 seconds. Your socca is ready!

Chop everything up, place everything in a large pan with two spoons of olive oil, salt and the star anise powder and allow to reduce (you can add a little water if needed). When everything has reduced, add the soya cream and milled pepper, bring to the boil and remove from the heat.

Place three soccas on each plate with a large scoop of topping for each. You can decorate the plates with some turmeric, paprika, fresh parsley or dried flowers.

Your meal is ready to eat in the sun!